“Exists” is “存在” in Chinese. Literally,

Live in the future, then build what’s missing.

Under the many-worlds interpretation, the Schrodinger equation, or relativistic analog, holds all the time everywhere. An observation or measurement of an object by an observer is modeled by applying the wave equation to the entire system comprising the observer and the object. One consequence is that every observation can be thought of as causing the combined observer-object’s wavefunction to change into a quantum superposition of two or more non-interacting branches, or split into many “worlds”. Since many observation-like events have happened, and are constantly happening, there are an enormous and growing number of simultaneously existing states.

This is insightful, but incorrect. Please refer to my previous post “Single-world interpretation, 7” for details.

In particular, Sidney explains that our world is a quantum world and any phenomena that look classical are approximate or derived. So it’s really nonsensical to ask for an “interpretation of quantum mechanics”. Instead, one should really discuss the “interpretation of classical physics” and its derivative appearance from the quantum framework.

Of course, Sidney was well aware of the fact – and made this fact explicit – that the people who have problems with these concepts have those problems simply because they believe that underneath quantum mechanics, there is still some classical physics operating.

Focus on yourself instead of the world, for this world is so corrupt. You have to create your own world anyway.

Be your own palace, or the world is your jail.

exists = can be found

Existence is a relation. In order words, the sentence “X exists” means:

X exists = X can be found by something else

universe = all the things = all as one

In particular, when we talk about the distance-dependent entropy, it’s a feature of a physical theory that holds both in the quantum theory Q and in the classical limit C. And in the quantum theory, it automatically destroys the interference patterns because there exists no one-to-one way how to link microstates at different separations (because their numbers differ). So there can’t exist any quantum theory that preserves the interference but that still produces a classical limit with a distance-dependent entropy.

— Once more: gravity is not an entropic force

Everyone is a filter of the universe consciousness.

Defining the word “universe” as “all the things” does not totally make sense, since the meaning of “all” is relative to a place. Without a context such as “all things in this house“, the word “all” is meaningless. To be meaningful, you have to specify what the word “all” is with respect to.

Instead of “all the things“, we can define “universe” as

universe = all the things observable by an observer, directly or indirectly, in practice or in principle, plus the observer itself

All civilisation was just an effort to impress the opposite sex …

— I Dated a Robot

In the media and popular science, quantum nonlocality is often portrayed as being equivalent to entanglement. While it is true that a bipartite quantum state must be entangled in order for it to produce nonlocal correlations, there exist entangled states which do not produce such correlations. A well-known example of this is the Werner state that is entangled for certain values of p_{sym}, but can always be described using local hidden variables. On the other hand, reasonably simple examples of Bell inequalities have been found for which the quantum state giving the largest violation is never a maximally entangled state, showing that entanglement is, in some sense, not even proportional to nonlocality.

In short, entanglement of a two-party state is necessary but not sufficient for that state to be nonlocal. It is important to recognise that entanglement is more commonly viewed as an algebraic concept, noted for being a precedent to nonlocality as well as quantum teleportation and superdense coding, whereas nonlocality is interpreted according to experimental statistics and is much more involved with the foundations and interpretations of quantum mechanics. 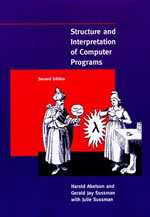