“Total Football” is the label given to an influential tactical theory of association football in which any outfield player can take over the role of any other player in a team (save the goalkeeper). It was pioneered by Dutch football club Ajax from 1969 to 1973, and further used by the Netherlands National Football Team in the 1974 FIFA World Cup. It was invented by Rinus Michels, a famous Dutch football trainer/coach (who was the coach of both Ajax and the Netherlands national team at the time).

In Total Football, a player who moves out of his position is replaced by another from his team, thus retaining the team’s intended organizational structure. In this fluid system, no player is fixed in his nominal role; anyone can be successively an attacker, a midfielder and a defender. The only player fixed in his nominal position is the goalkeeper.

Total Football’s tactical success depends largely on the adaptability of each footballer within the team, in particular his ability to quickly switch positions depending on the on-field situation. The theory requires players to be comfortable in multiple positions; hence, it places high technical and physical demands on them.

It wasn’t clear how relevant this is to the physics of our particular universe, but at the end of the talk Dijkgraaf urged us not to worry about that too much: after all, the math is so pretty in its own right. Insofar as I’m a physicist this makes me unhappy – but in my other persona, as a mathematician, it makes sense. 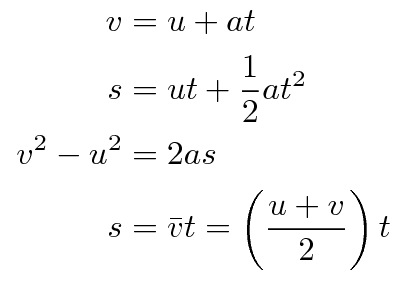 There is no direct connection between string theory and the theory of cosmic strings (the names were chosen independently by analogy with ordinary string).

However, work in string theory revived interest in cosmic strings in the early 2000s. In 2002 Henry Tye and collaborators observed the production of cosmic strings during the last stages of brane inflation. It was also pointed out by string theorist Joseph Polchinski that the expanding Universe could have stretched a “fundamental” string (the sort which superstring theory considers) until it was of intergalactic size. Such a stretched string would exhibit many of the properties of the old “cosmic” string variety, making the older calculations useful again. Furthermore, modern superstring theories offer other objects which could feasibly resemble cosmic strings, such as highly elongated one-dimensional D-branes (known as “D-strings”). As theorist Tom Kibble remarks, “string theory cosmologists have discovered cosmic strings lurking everywhere in the undergrowth”. Older proposals for detecting cosmic strings could now be used to investigate superstring theory.

To do really great things, you have to seek out questions people didn’t even realize were questions.

You only get one life. Why not do something huge?

And you know more are out there, separated from us by what will later seem a surprisingly thin wall of laziness and stupidity.

Be an ideal pragmatist and
a pragmatic idealist.

I’m the last survivor of a dead culture. And I don’t really belong in the world anymore. And in some ways I feel I ought to be dead. I have certainly wished I had killed myself when I was born.

In terms of effect on the world, it’s very good that I’ve lived. And so I guess, if I could go back in time and prevent my birth, I wouldn’t do it. But I sure wish I hadn’t had so much pain.

— Richard Stallman, inventor of the Copyleft

In physics, Gravitation is a very important reference book on Einstein’s theory of gravity by Charles W. Misner, Kip S. Thorne, and John Archibald Wheeler. Often considered the “Bible” of General Relativity by researchers for its prominence, it is frequently called MTW after its authors’ initials, or “the Phone Book” due to its immense size. It was published by W.H. Freeman and Company in 1973. The book, a massive tome of over 1200 pages, covers many aspects of the General Theory of Relativity and also considers some extensions and experimental confirmation. The book is divided into two “tracks”, the second of which covers more advanced topics for more capable or determined students. MTW uses the -+++ metric convention. The book is famous/infamous for its use of boxes to add supplementary substance to the already thorough main text.

# This page was last modified on 30 October 2009 at 08:50.
# Text is available under the Creative Commons Attribution-ShareAlike License; additional terms may apply. See Terms of Use for details.

* We don’t get paid for activity, just for being right. As to how long we’ll wait, we’ll wait indefinitely.

Thus, the relationship between aprioricity, necessity, and analyticity is not easy to discern. However, most philosophers at least seem to agree that while the various distinctions may overlap, the notions are clearly not identical: the a priori/a posteriori distinction is epistemological, the analytic/synthetic distinction is linguistic, and the necessary/contingent distinction is metaphysical.

— Wikipedia on A priori and a posteriori