One of my favorite classes in college was a physics course taught in this way:

1. Before class, we were assigned to read a chapter from the textbook, understand the material, and complete two or three homework problems from the material we had just self-learned.

2. After submitting homework, lectures focused on discussing the concepts more in-depth. Everybody already had a baseline knowledge, so the professor would highlight the important takeaways, applications, live demonstrations of concepts, etc. I found these lectures engaging because I had already learned the material – and the lectures focused on mastering it.

3. Sometimes there would be follow-up homework problems focusing on advanced applications or derivations. These advanced problems were closest to exam questions.

Some takeaways for me:

I hope this helps OP because it sounds like they have material prepared beforehand, which means that the lectures could go beyond the material.

YOU are the missing MAGIC in your daily life.

Feynman’s philosophy of learning and discovery comes through strongly in these lectures. He constantly points out the benefits of play around with concepts and working out solutions to problems on your own before looking at the back for the answers. As Feynman says in the lectures: “If you keep proving stuff that others have done, getting confidence, increasing the complexities of your solutions — for fun of it — then one day you’ll turn around and discovered that nobody actually did that one! And that’s the way, to become a computer scientist.” Imagine that you are explaining your ideas to your former smart but ignorant, self, at the beginning of your studies!

The whole notion of being “left wing” or “right wing” is silly.

Almost no one initially agrees with the semi-random collection of policies associated with each wing.

They only support those policies after they join the left or right mind tribe.

… began doing just one thing ever which he had control.

Even if you are confused, you can choose the certainly-right things (steps) to do first.

Do not ask your children to strive for extraordinary lives. Such striving may seem admirable, but it is the way of foolishness. Help them instead to find the wonder and the marvel of an ordinary life. Show them the joy of tasting tomatoes, apples and pears. Show them how to cry when pets and people die. Show them the infinite pleasure in the touch of a hand. And make the ordinary come alive for them. The extraordinary will take care of itself.

Do not ask your children to strive for extraordinary lives. Such striving may seem admirable, but it is the way of foolishness. Help them instead to find the wonder and the marvel of an ordinary life. Show them the joy of tasting tomatoes, apples and pears. Show them how to cry when pets and people die. Show them the infinite pleasure in the touch of a hand. And make the ordinary come alive for them. The extraordinary will take care of itself.

I can show you the world
Shining, shimmering, splendid
Tell me, princess, now when did
You last let your heart decide?

I can open your eyes
Take you wonder by wonder
Over, sideways and under
On a magic carpet ride

A whole new world
A new fantastic point of view
No one to tell us, “No”
Or where to go
Or say we’re only dreaming

4. future spouse exists or not

4. you have another half or not

If you act as if your future wife exists, you have a much higher chance of finding her, because you have actually been providing the environment for her to exist.

You will keep writing letters, sending them to the future; to your future wife. Once your future wife realizes that those letters may be actually for her, she will find you to confirm.

It is not to find the “best” key, but to find your key. 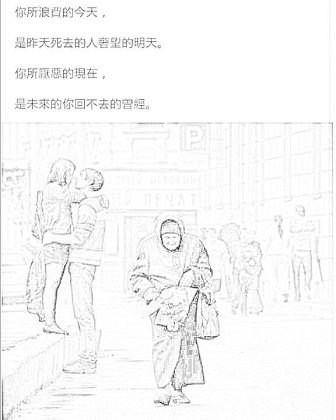 The Buddha attacked all attempts to conceive of a fixed self, while stating that holding the view “I have no self” is also mistaken. This is an example of the middle way charted by the Buddha.

— Wikipedia on Philosophy of self

4. future spouse exists or not

Whether “afterlife” exists or not depends on your definitions of “self” and “afterlife”.

At one extreme, the definition of “afterlife exists” is that, after death, the same fixed self will continue to exist; “you” will exist in exactly the same way as before. In this definition, afterlife does not exist.

Note that even before death, during your normal lifetime, there is actually no “same fixed self”, “you” keeps changing every day and every second.

This question is like, when your old computer is dead and has got replaced, does it still exist?

The old computer hardware does not exist anymore. However, some of the software and the data do. But just some, not all.

He attributes his lifelong habit of writing every day to an incident in 1932 when a carnival entertainer, Mr. Electrico, touched him on the nose with an electrified sword, made his hair stand on end, and shouted, “Live forever!” It was from then that Bradbury wanted to live forever and decided his career as an author in order to do what he was told: live forever.

The power of a man’s virtue should not be measured by his special efforts, but by his ordinary doing.